Mike is the Director of Sport Performance at Backyard University, with 15 years of experience. He is a Certified Strength and Conditioning Specialist through the NSCA, the world’s premier strength and conditioning certification. He has an extensive background working with athletes at every level including National Champions, World Champions and Gold Medalists.

Mike has trained a 1st Round Pick in all the Major Sports. During the 2006 season he worked with the Los Angeles Angeles Anaheim and was With the AA affiliate in Little Rock, AR during the baseball season. He was the Strength and conditioning Coach For the 2007, 2009, and 2010 University of Minnesota Baseball team who made the NCAA Tournament.  He was also the Strength and conditioning Coach for the 2012 University of Kentucky Basketball National Champions.

Success of the teams Mike has trained: 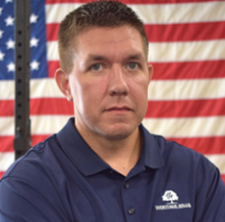