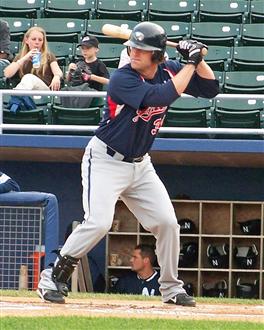 Matt Padgett is a 1995 graduate of Lexington High School (SC) where he was All State in both football and baseball.  His 1994 baseball squad went on to win a State Championship.

Matt then attended Clemson University on a baseball scholarship, where he hit .376 and collected 14 home runs along with 58 RBI, earning him First Team All ACC honors in his final season.  The native of Newberry, South Carolina, spent two seasons as the football team's kicker.  Matt is one of two players in Clemson history to be named ACC player of the week in two sports.

After being picked by the Florida Marlins in the fifth round of the 1998 amateur draft, Padgett has his best professional season with Triple A Albuquerque in 2004, batting .267 with 24 home runs and 93 RBI.  Padgett also spent time in the Phillies and Cubs organizations, reaching as high as Triple A.  During his 15 year professional career, he has earned four All-Star selections and one All-Star game MVP.  Baseball has taken Matt to many places including winter ball in Columbia, Dominican Republic, Mexico and Venezuela.

Matt joined the York Revolution from 2008-2009, then joined the Long Island Ducks from 2010-2011 and most recently played for the Southern Maryland Blue Crabs in 2012.