PRIVATE
SESSIONS
IN
HITTING, PITCHING, FIELDING, CATCHING AND MUCH MORE! 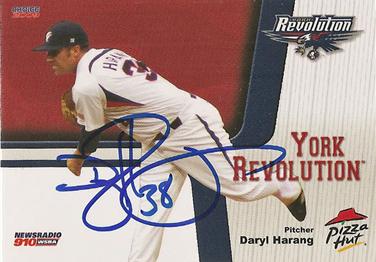 Daryl Harang played college ball at San Diego State University under head coach Tony Gwynn,  During his college career, he was an All Conference pitcher and was drafted by the Toronto Blue Jays in the 23rd round of the 2004 draft.  He made his way to AA level in 2008 for the New Hampshire Fishercats, leading the league in appearances and holds.  Harang pitched for the York Revolution in 2009 and ended the season with a team leading 10 wins.  In 2010, he split time between single A and double AA in the Cincinnati Reds Organization, and the Long Island Ducks of the Atlantic League.

Along with pitching, Harang also teaches hitting.  He is the head coach of the 16U Backyard University Gamers.